Kodi for iOS is just one of those entertainment software hubs that handle virtually everything media. It’s a multiplatform application that let’s users have all their videos and audios under one roof. If its about streaming movies and TV series, it has this covered, all for free! Its wide range of features supported is owed to the fact that it’s built from works of hundreds of free thinking programmers around the globe. The project being handled by XBMC corporation.

Kodi for iOS equates to digital media center, its simply an improved version of your smart TV! It can stream live TV as well as play recorded shows. On videos and audios, Kodi has a strong built -in codec that lets it play all file formats. It handles photo slides and podcasts as well. It simply offers nothing less.

With a wide range of content to watch, either online or offline, this media center also categories contents according to genres, year, artists/actors, that is, if the user wants to.

When it comes range of iOS devices, Kodi can run on iPhones, iPads and iPods. Its sleek customizable interface invigorates the senses when it comes to entertainment. It is fully customizable as there are hundreds of add-ons plus reskins that can be downloaded to add more functionality and improve on its look, thanks to the wild programmers worldwide!

Kodi is built for free spirited entertainment aficionados, as it can allow watching of copyrighted or pirated contents online for free. However, this is entirely dependent on the individual user’s choice. XBMC does not encourage and distances itself from such types of usage.  But who dare pay when there are add-ons that can allow free streaming! It gives you the power to find virtually anything online!

When it comes to user-friendliness and ease of use, all is set but for advanced users, they can explore the app if they want to. Navigation is quite simple and it responds quite fast. The library is extremely rich and there’s an endless number of content sourced from various sites on the web. Videos can be watched on full screen, with a sleek seek and control bar at the bottom. Video playback times are also shown but these are hidden when in full screen. Its sleek interface gives a seamless entertainment experience.

Back to support on all iOS devices, there’s a slight limitation! Since the app gives the user all the freedom to do crazy stuff online, as we all know with Apple devices, that freedom is restricted. That simply means, Kodi for iOS can run on jailbroken iOS devices only! But with small tweaks and workarounds, it can be installed on non-jailbroken devices as well. 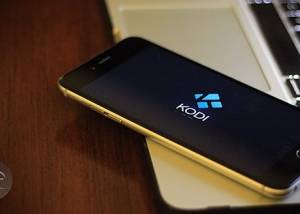 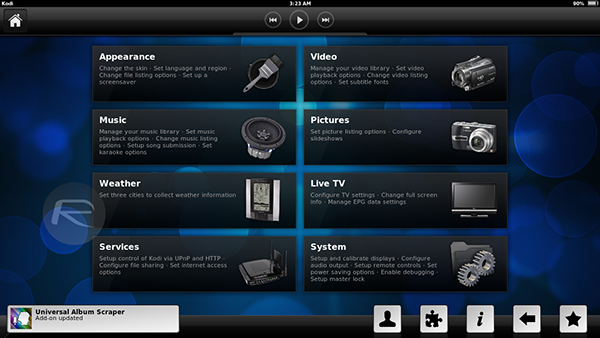 What do you think about Kodi for iOS?

Last versions of Kodi for iOS

Downloads of Kodi for iOS freeware

Get the latest freeware updates and news directly in your inbox. By clicking on "Subscribe" above, you are agreeing to the Terms of Use and the Privacy Policy.
© 2021 TopFreeware  |  All rights reserved.
created by FAUST